It’s been over a decade that Marvel Cinematic Universe has been around entertaining the fans worldwide through its superhero adventure stories based on the Marvel comics and the characters created by Stan Lee.

Over a period of ten years, MCU has established many superhero origin stories in the same universe. And now, MCU has reached the point where all these stories are going for an epic crossover, where Earth’s mightiest superheroes are going to assemble to fight the battle against greatest villain universe has ever seen.

The MCU had kickstarted with Iron Man (2008), which came out on May 2nd, 2008. The script was not completely finished when filming began, since the filmmakers were more focused on the story and the action, even the makers were not sure about what they were doing, despite all these difficulties Jon Favreau, the director of the film has pulled off everything so brilliantly, that eventually had laid the foundation of what MCU today is. The casting of Robert Downey Jr. as TonyStark/Iron Man was considered very risky for the project because of his past but Jon Favreau commented: “The best and worst moments of Robert’s life have been in the public eye. He had to find an inner balance to overcome obstacles that went far beyond his career. That’s Tony Stark. Robert brings a depth that goes beyond a comic book character having trouble in high school, or can’t get the girl.”, and today we see Robert Downey Jr. as the biggest star of MCU who has ignited the never-ending flame of incredible filmography.

From the very start, MCU hinted upcoming crossovers in the post-credit scenes, and from that point, it became a trend. So even after the film ends, fans still wait on their seats for these little scenes until the screen gets completely black. It started with the post-credit scene in the very first Iron Man film. In that, the fans were teased with the appearance of Samuel L. Jackson as Nick Fury, the director of S.H.I.E.L.D., who approached Tony Stark for an Avengers initiative, and that’s where seeds for this greater universe were sowed. In the same year of 2008, along with Iron Man, The Incredible Hulk (2008) was also released, and in this film also Tony Stark has made an appearance in the post-credit scene, which again hinted the crossover of superhero films in the near future.

Iron Man was Marvel Studios’ first self-financed movie but then in 2009, The Walt Disney Company acquired Marvel Entertainment for USD $4 billion. After this acquisition, the studio has not stopped yet and has delivered 21 in the saga out of planned 22 films. Avengers: Endgame is going to be the 22nd and final film in this chronology on three phases. Later, they’ve also added the 23rd film Spider-Man: Far from Home (2019), which will get released in July 2019. MCU has defined the solid style of interconnected filmmaking where different stories are running in the shared universe and concluding together in the end. The MCU has maintained their timeline of events happening in different films pretty well apart from the Spider-Man: Homecoming (2017) which had some incorrect timeline as confirmed by Joe Russo in one of his interviews. 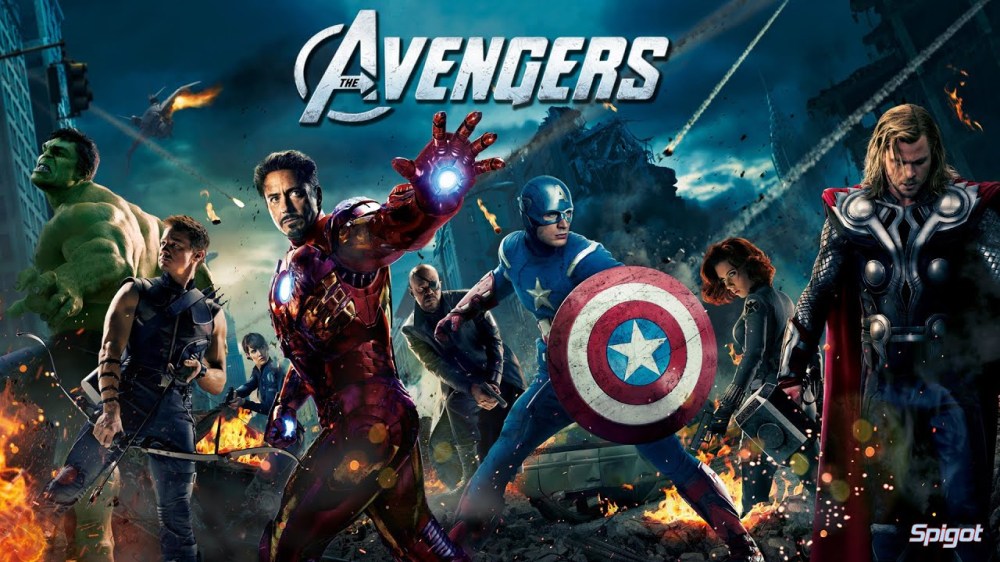 Iron Man serves as the perfect start to the MCU and is surely the best origin story ever put to screen for a comic book character. After the success of Iron Man, the next milestone was The Avengers (2012) and before that MCU introduced the new superheroes through films like Captain America: The First Avenger (2011) and Thor (2011), which assembled the core Avengers team. Making the team of Avengers alive on the silver screen was one of the most ambitious projects MCU had ever done in the past. If we call Iron Man as the foundation, then The Avengers surely can be called as the backbone of this shared universe. The Avengers grossed over $1.5 billion worldwide and became the third-highest-grossing film during its theatrical run—as well as the highest-grossing film of Marvel production till the present day. And all the credit for its success goes to Joss Whedon who has co-written and directed the film, which ultimately fetched him a chance to direct Avengers: Age of Ultron (2015).

In the first phase, MCU introduced the core characters through their standalone films and kickstarted the Avengers saga. Going forward, in the second phase, they not only introduced some more new characters and films having their roots connected but also discovered some deeper aspects of the existing members of the Avengers. Now, in the third phase, all the separate threads from previous films are coming together and are forming a big picture. Apart from the characters in the core Avengers team of phase one, the studio has also introduced some new superheroes like Ant-Man, Spider-Man, Doctor Strange, Black Panther, Captain Marvel, and Guardians of the Galaxy, with similarly intriguing storylines.

All these superheroes have already joined the fight against the Mad Titan in last year’s Avengers: Infinity War (2018). In that film, the major and difficult task was to bring together all these different storylines and characters, and that too without tampering with their appearances in previous films. But the very talented director duo Anthony and Joe Russo made it possible altogether, who has previously directed Captain America: Winter Soldier (2014) and Captain America: Civil War (2016). Russo brothers have found the perfect balance between comic and intense moments in their superhero films. They have brought the needed realism, gravity, and intensity to MCUs superhero films. Infinity War has a comparatively darker tone than any other Marvel films. Avengers: Endgame is the 4th film by Russo brothers as a director. And that is why it is going to be Epic, for sure. 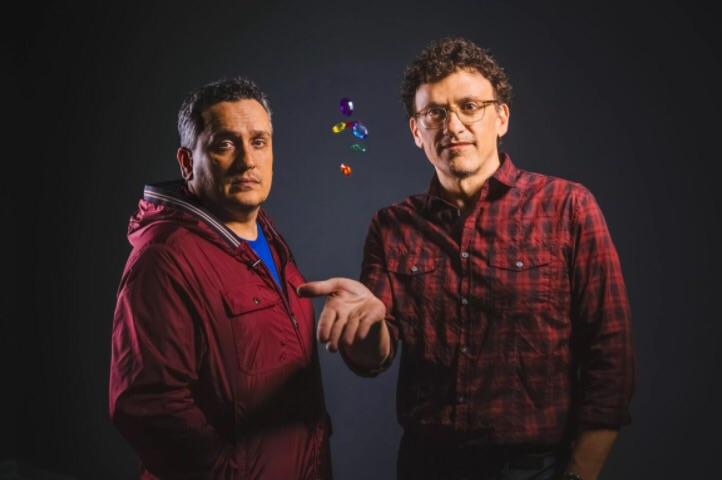 Along with the mighty superheroes, every MCU film has portrayed equally or more powerful villains – the villains which would act as the most important arcs in defining who the superhero really is. In the 1st phase of the Avengers, Loki played the villain character and threatened the Earth’s very freedom, which eventually united the Avengers. In the 2nd phase, Avengers faced the catastrophe in the form of Ultron, the AI program, which made the Avengers think about the meaning of their own existence. And Now, in the finale of the 3rd phase, the Avengers have come face to face with Thanos, the mad titan, who has an obsession with balancing the universe by wiping out half of its population.

Infinity War was the culmination of 10 years of MCU’s fascinating stories and characters. The film was titled as Avengers but the film was actually about the villainous character Thanos. The film’s storyline keeps him in the center and follows him through his quest for trying to acquire all the Six Infinity Stones, which are appeared in the previous Marvel films and are located at different places. The film discusses Thanos’ ideology in a really great way. One of his many great quotes, “The hardest choices require the strongest will.” says everything about him. And about his genocidal ways, he calls it mercy. He is so determined that he even sacrifices his own daughter for this cause. He’s not just a psychopathic mass-murderer, he also has an emotional drive, his love for his daughter, which we can see throughout the film’s runtime. He’s a villain with a good cause, the greater good, but with really evil and ruthless ways. 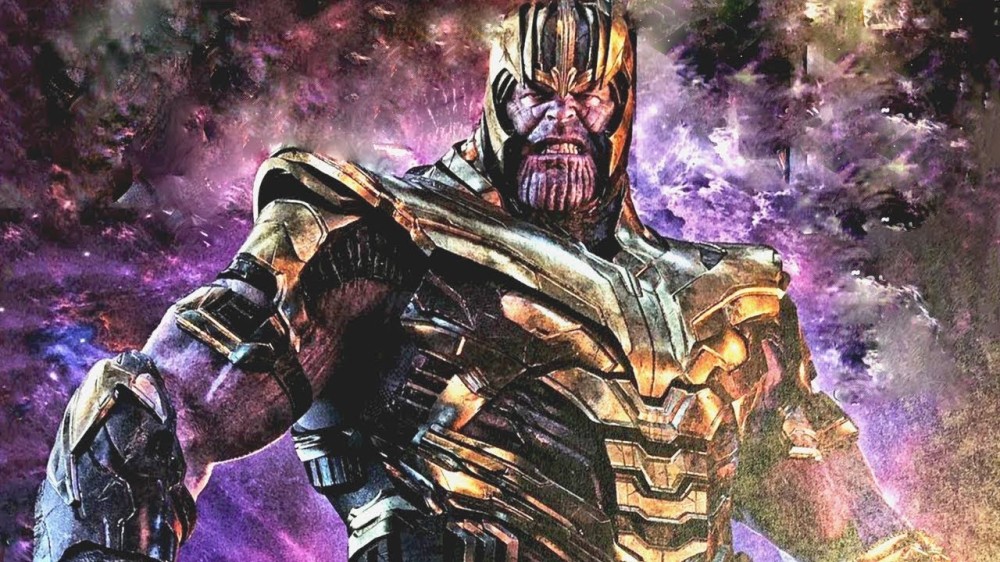 All powerful Thanos was first spotted in the post-credit scene of The Avengers(2012), and later, in the post-credit scene of Avengers: Age of Ultron (2015), since then he was pulling all the strings from background, but in Avengers: Infinity War (2018), he has got the things done by himself. It is the first time in cinematic history when 22 superheroes assembled against one powerful supervillain, which was truly spectacular to watch. At the end of Infinity War, Thanos accomplishes his plan of wiping out half of the world’s population by defeating the Avengers. And now, in Avengers: Endgame, the finale of this epic saga, the fallen heroes are going to get back and fight Thanos one more time. So mark the date, 26th April 2019, and be a part of this never seen before cinematic experience.

Every single character from MCU has earned a special place in fans heart. And as Avengers: Endgame is the end of this saga, the film is gonna be an emotional ride for everyone. This may be the last film in which our favorite characters will reprise their roles (characters may die/end of their contact with MCU). Seeing all our beloved characters once again and maybe for the last time on screen really touches our hearts. And witnessing the fate of all these characters is another best thing about this film.

In every phase, MCU has evolved spectacularly, in terms of storytelling, technological advancements, mesmerizing visual effects. MCU films not only talk about superheroes and villains but also emphasize on emotional drifts of its characters, which enables the audience to root for them. It also talks about family, friends, and relationships which eventually makes it more human. Like any other films, even some MCU films are flawed, either in storytelling, or weaker script, or underdeveloped characters, despite all these factors, and as MCU is seen as a whole, every MCU film has its own fan base and has earned a place in the popular culture. Today, MCU has become the most successful and highest grossing movie franchise of all time and its gonna remain there for a long time.